We are pleased to announce that we will soon be announcing a series of screenings and events connected with Do Not Bend: The Photographic Life of Bill Jay across the UK throughout 2018. These will be ticketed events and tickets will be available through our collaborative partners with each screening. We will post details here over the coming weeks and they will be announced via the film’s Facebook page and via the @UNofPhoto Twitter feed. 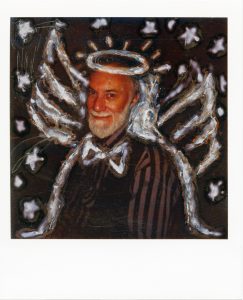 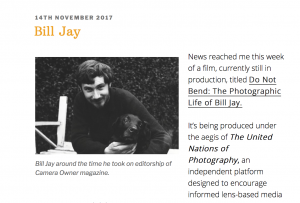 Roy has what we believe to be the only complete collection of Creative Camera, Creative Camera Owner and Camera Owner magazines in private hands and he has kindly supplied us with images of various issues for the film. Roy has a number of Bill Jay related articles on his site that you may find of interest. Roy has also kindly mentioned our film on his site as you can see above. 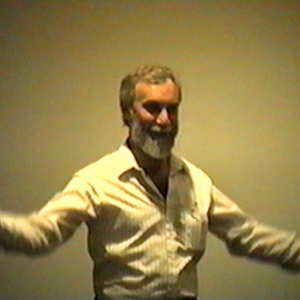 It has been sometime since we updated this site but we have not been resting!   After a summer of archival research and interviewing we started on the edit for the film in late August. We have been in the edit ever since and remain deep into the creation of the film. It’s going well and we hope to reach the conclusion of the online edit by early 2018. At this point the original score will be created and added and we hope to be ready for first screenings by early Spring 2018. We will keep you update on our progress!

We are very excited to announce that Professor Laura Ritchie from the University of Chichester is creating an original score for the film and that Grant Campbell is recording a song for the film which will compliment Laura’s work. Laura and Grant are also collocating on a piece of music to end the film.

Professor Laura Ritchie was born in Roanoke, Virginia, United States. She is a cellist, and a National Teaching Fellow Coordinator of Instrumental/ Vocal Teaching and MA Performance at the University of Chichester.

Laura left America to study performance at the Royal College of Music in London before becoming a highly successful performer and lecturer.

Grant Campbell is a Scottish singer-songwriter, born in Glasgow. He began playing in various bands when he was 16 and went on to pursue a solo career in his early twenties. He has played support for many different acts including; Odetta, Mary Gauthier, The Handsome Family, John Hammond and James Blood Ulmer, amongst many others.

His debut album Postcards from Nowhere was recorded at home on a four track with Campbell recording and performing all the music. It was released in the summer of 2005 on Crooked Mouth Records, to critical acclaim which included an ‘Album of the Week’ in The Sunday Times. The album was likened to that of Springsteen’s classic Nebraska album with its rustic feel and rough vocals. 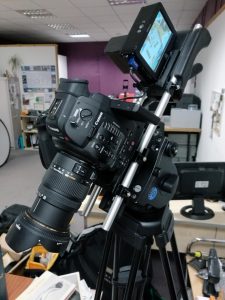 We are pleased to say that we are now well into the off-line edit of the film. We have had fantastic support from those who knew Bill and have been able to collect a huge amount of both audio and visual material. We are continuing to speak with others through the summer and aim to have photo lock on the film ready for its original score by September.

A big thank you to Jake Chessum who filmed Ralph Gibson and Anna Ray Jones for us yesterday in New York. Below: Tony Ray Jones in Anna’s apartment. 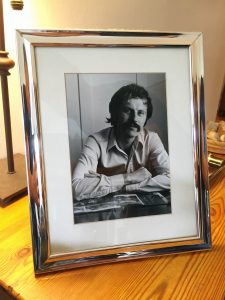 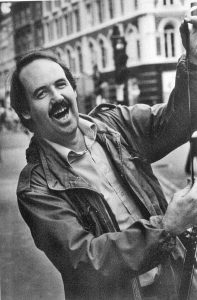 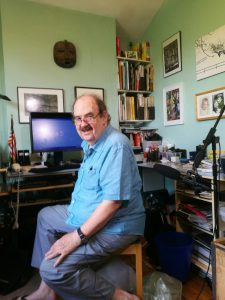 Above: It was a pleasure to meet with John Benton Harris last Saturday and talk about Bill. The image above left was taken of John by Bill and featured in the book Photographers Photographed. 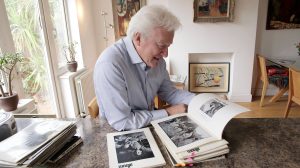 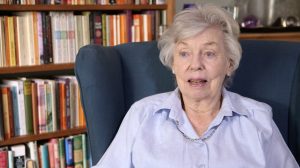 Thank you to photographer Homer Sykes and founder of the Photographer’s Gallery, London, Sue Davies OBE for sharing their memories of Bill, Creative Camera, Album and the Do Not Bend Gallery with us yesterday. 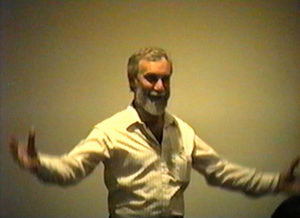 We are excited to announce that we have just received over twelve hours of film footage of Bill lecturing in 1989 to consider for the film from the San Diego Museum of Photographic Arts.